Today is the day! Every trip we try to mix in a bit of adventure, and on top of that we’d usually attempt to do something new. For this trip, it was paragliding! We’ve never done it before and were not trained, so we had to do it tandem.

We reached out to Nicholas from Parapente de Madrid al Cielo and Robert from Madrid Outdoor Sports when we were trying to find where and how we could paraglide in Madrid. As it turns out, Robert actually partners with Parapente de Madrid Al Cielo for the paragliding activities, and we ended up liaising with him directly as he is very fluent in English :)! He’s also an all-around super-cool and friendly dude, but more on that later, haha.

We had arranged to meet at 9.30am near our lodging, where Robert will then pick us up and drive us to the location for paragliding. There is a 24-hour cafe very near where we were staying, so we headed there for breakfast first. 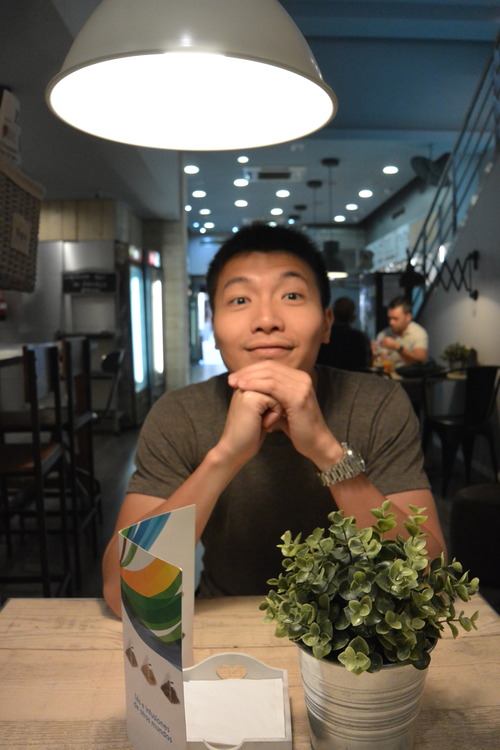 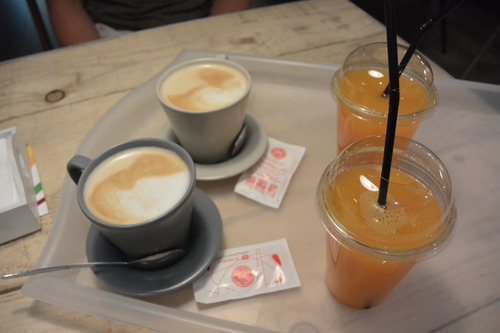 We had some bread in addition to the coffee and orange juice to fill our stomachs too, but no photos were taken :P.

Robert came by just after 9.30am, and we also got to meet Daye from Parapente de Madrid Al Cielo. Both of them were really nice people and we had a lot to talk about during the drive to the paragliding location. Daye can’t really speak English but she understands what we are saying, and Robert helps to translate it, so Sheryl and I can understand. It was nice being able to somehow have a conversation with someone in a different language :)! 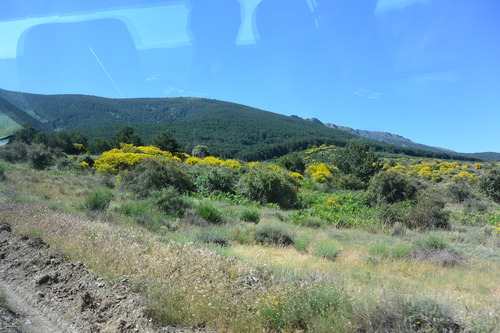 As we approached the location, Sheryl and I started wondering what we were doing. It seemed like we were headed pretty high up, and it felt scary :X. 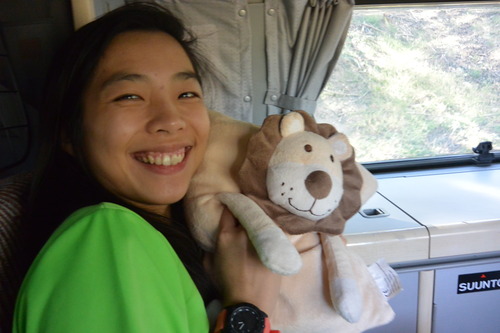 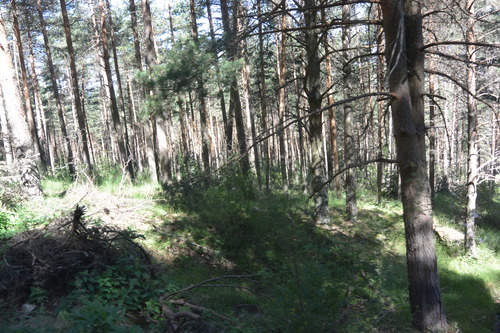 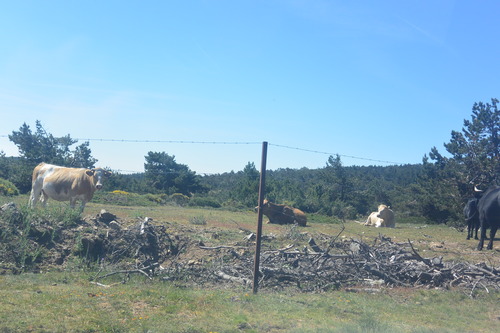 And we finally arrive at the take-off location: 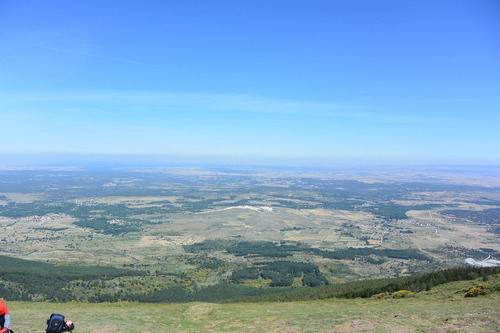 Daye and Robert had earlier decided that Sheryl should go first as it tends to get more turbulent with time, and since Sheryl is the lighter one between the two of us, she should go first as I’d have more “weight” to counter the turbulence, or something to that effect. Either way, Sheryl was going first! 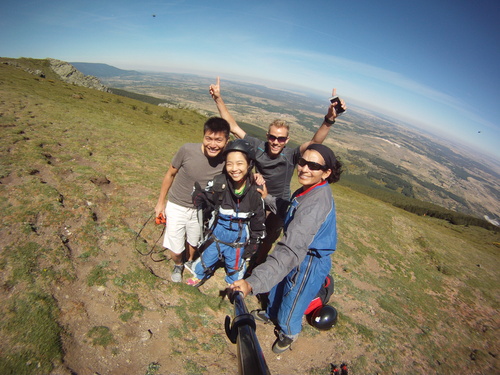 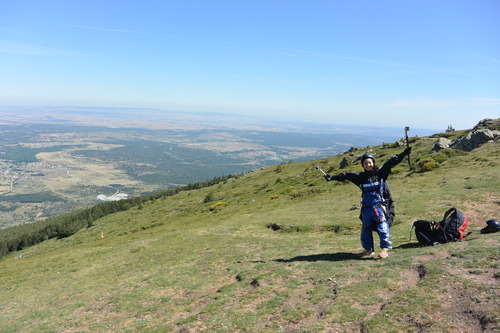 Soon, Sheryl had to take off. She recorded herself taking off too! 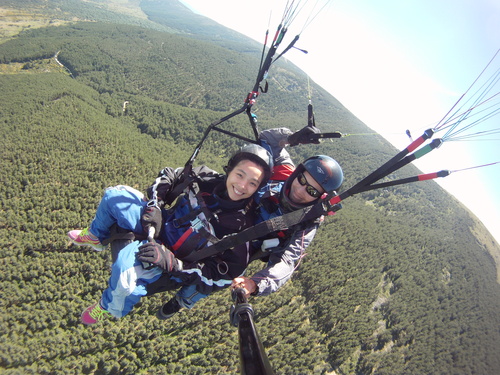 
Also, Daye did some spinning in mid-air before Sheryl landed! 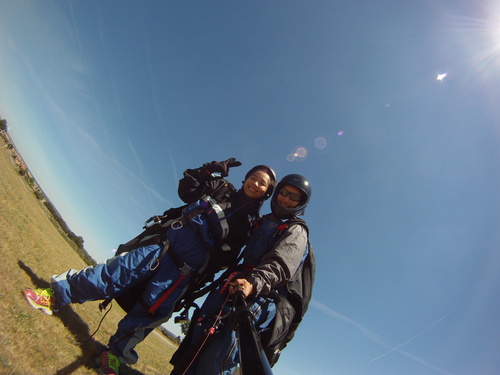 While Sheryl was paragliding, Robert drove me down to where they were going to land, so we can pick them up, and then drive back to the top, where I will then have my turn! Robert’s a really enthusiastic guy, he does sight-running in Madrid and Madrid Outdoor Sports has a lot of other activities available! His journey of how he got to start the company, and how he got into mountain running was inspiring, and spending time with him has made me re-look at how I’m living my life.

Next up, it was my turn! I recorded my take-off too :P, but I had to run really hard and as a result the starting part is very shaky! 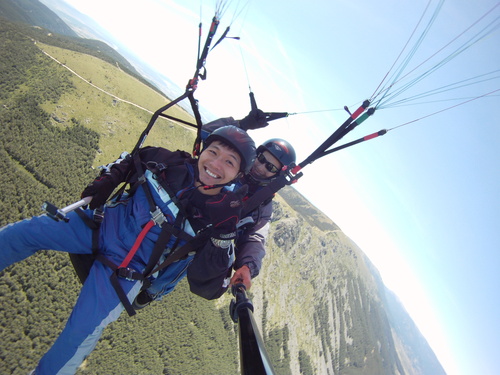 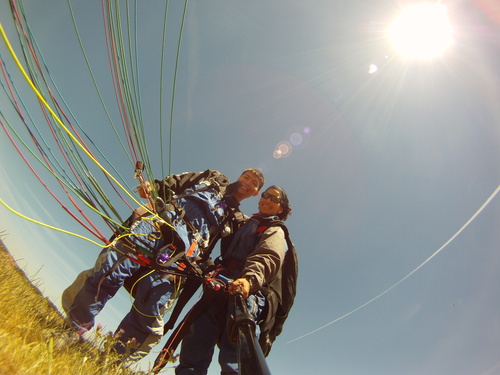 Paragliding is an amazing experience for both Sheryl and I. It’s difficult to describe the feeling when you’re in the air, I guess the closest would be the feeling of being free. The views are amazing, and you can appreciate how big the world really is, and at the same time all your problems seem to disappear as you realize how insignificant you are in the larger scale of things. It was a very humbling experience, and something I believe we’d be doing over, and over again if we could.

Update: Was there any fear? I realized I didn’t write about it, I guess I have forgotten about it… :P. There was, initially. It was scary to be the one in front, especially when we had no prior experience. Sheryl and I both asked aloud during our respective turns “Why am I in front?!!!” But the truth is, once Daye told us to run and go, and we did just that, the fear slowly disappears. Before we knew it, we were up in the air, admiring the beauty that is present, without any fear. Daye was also a really amazing paraglider and we felt safe with her as our pilot, and I think that contributed to the feeling of ease that we had as well.

After the paragliding, Robert gave us a tour of his campervan, and it’s pretty amazing! Unfortunately I don’t think it is possible nor feasible to own one in Singapore :(. 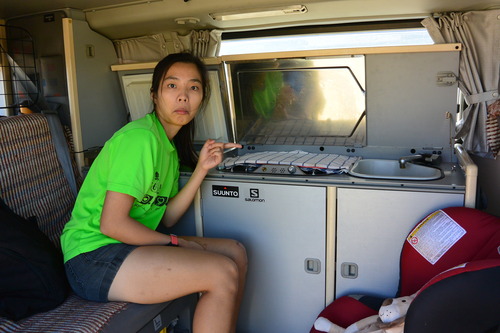 Robert and Daye then took us to a nearby bar where we had some tapas and drinks! 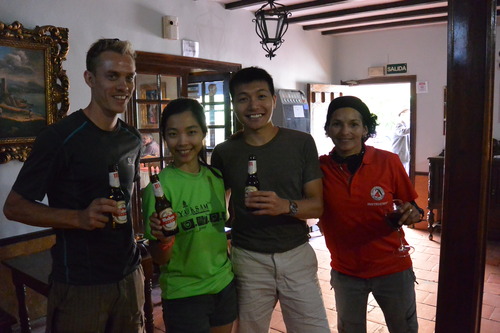 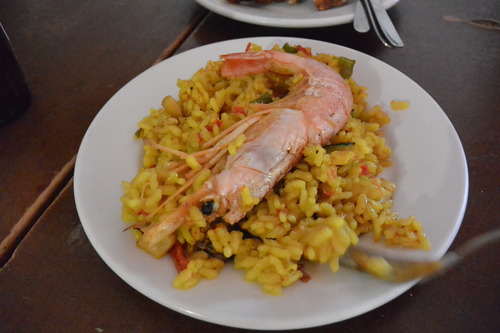 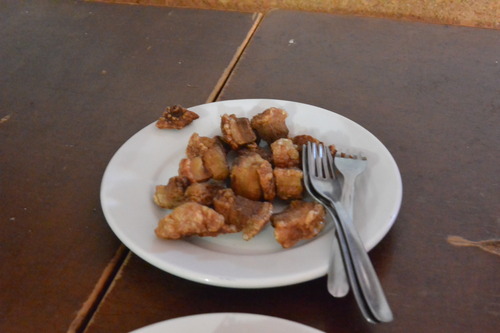 We did not have much planned but decided to head to the Factory San Sebastian de los Reyes outlet mall around 7.30pm, where we can then do some shopping. We took the metro to the Hospital Infanta Sofía Station, which took about an hour from the station near our lodging.

We arrived only at 8.30pm and heard the announcement that the place closes at 9pm, so we basically travelled close to an hour to spend 30 minutes shopping :(! 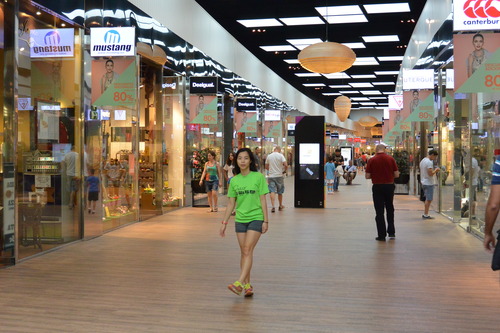 In the end, we were only able to buy stuff from Guess. I guess that helped to save our money anyway :)! 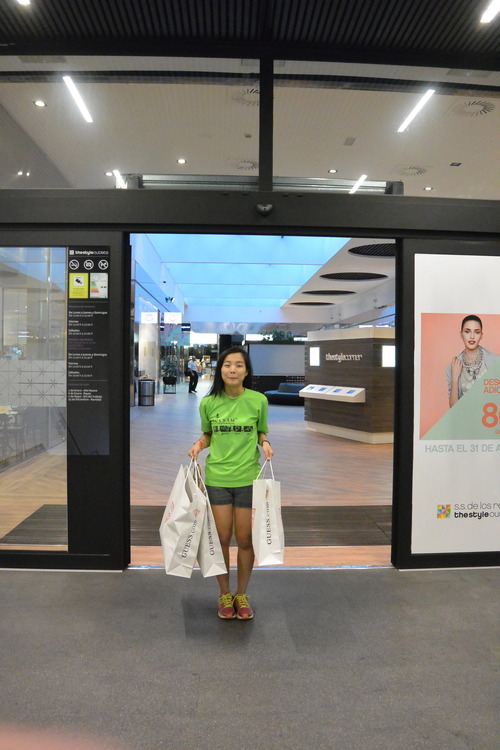 We then headed back to our lodging, not before grabbing some bites at the same 24-hour cafe where we had our breakfast. If I remember correctly, I had a lemon meringue and Sheryl had yoghurt. 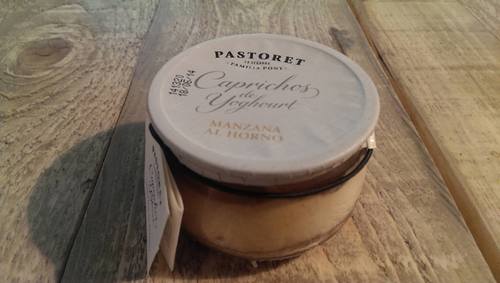 We then returned to our lodging and knocked out. It was a long and tiring day! Thankfully, we had nothing much planned the next day, as you’ll see in the upcoming post :P.